Capital
Home›Capital›BMW iDrive 8 will use natural language voice commands; VE Get it first

BMW iDrive 8 will use natural language voice commands; VE Get it first

You finally get out of town on more open roads, after an hour stuck in traffic. You have to make up for some time. So you get the car’s attention by calling it “Jarvis” (you called it Jarvis) and saying “Give me sport mode”. The car’s response is to tighten the steering, increase the right pedal throttle response, switch to cool blue lighting, and select your preferred driving mix on the stereo.

BMW’s iDrive infotainment system has always been at the forefront of in-car technology. He has drawn both fans and detractors over the years. But for BMW enthusiasts, every system update is big news. The Eighth Edition is on its way and is perhaps the most significant remake since its introduction.

The new iDrive 8 system will make its first appearance on the next 2021 i4 the electric sedan, due at the end of this year, and the iX electric SUV, coming in early 2022. BMW says the new system is modeled on virtual assistants such as Apple’s Siri or Amazon’s Alexa.

The biggest change is the introduction of natural language voice commands. Owners set a customizable wake-up call (hence Jarvis… or whatever name you want to use) to tell the car to listen for commands. Otherwise, they don’t need to learn a specific set of commands to control iDrive. Rather, iDrive tries to learn what the occupants of the car want it to do. 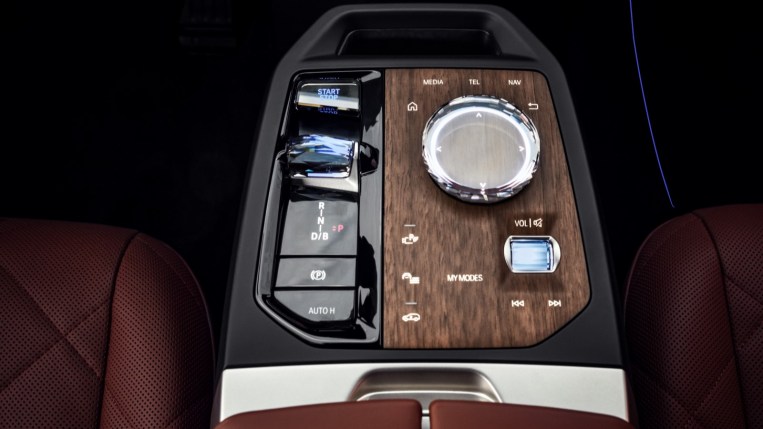 For example, according to BMW, a passenger might say “my feet are cold” and iDrive 8 would respond by heating the floor under that passenger’s seat. Drivers can switch between drive modes with voice commands only, while everyone in the car can control their own climate zone, raise and lower windows and blinds, and control lights with voice commands.

Both EVs feature a single raised bezel containing a large, curved display divided into two parts – one in front of the driver instead of the usual dashboard, the other centrally located for the driver and front passenger to view. ‘use.

The system has a “face,” BMW says – a set of moving abstract circles that appear on screens to let you know it’s listening. He can distinguish between driver and passenger controls and appears in front of the speaker.

The traditional washer-shaped iDrive rotary controller, now in crystal, is still present on the center console. It’s flanked by a series of haptic-response buttons flush with the surface. Drivers can create preset modes through a phone app, controlling everything from throttle response and steering feel to the color of the internal lights. The system will also “welcome” drivers with “great entry moments”. As the car approaches, the vehicle will detect the remote, activate lighting functions, turn on the heated seats and steering wheel, and adjust custom settings as the driver approaches.

The iDrive 8 system will include both Apple CarPlay and Android Auto and will be compatible with 5G mobile technology. It will receive regular live updates, allowing BMW to improve iDrive 8 without requiring a visit to the dealership.